This is an increase of 16 million people from 2016’s report.

The worst food crises of 2017 occurred in Nigeria, Somalia, Yemen and South Sudan with 32 million food insecure people. Famine was declared in two states of South Sudan in February 2017 and humanitarian needs across to country remain very high.

The report also highlighted that children and women are disproportionately affected by food insecurity and required greater support in 2017 compared to 2016. Women and children were reportedly most vulnerable in areas affected by conflict.

The substantial increase in food insecurity has been attributed to intensifying conflict in Yemen, Nigeria, Democratic Republic of Congo, South Sudan and Myanmar.

74 million of those affected by food insecurity were located across 18 countries where conflict and insecurity in a prominent issue, half of these were in Africa.

The report also highlights climate disasters, particularly drought, as a major trigger for food insecurity across 23 countries, with over 39 million people affected.

The report also identified challenges for 2018 and indicated that food insecurity is likely to remain a key issue for a number of countries such as Afghanistan, Central African Republic, the Democratic Republic of Congo, north-east Nigeria and the Lake Chad region, South Sudan, Syria and Yemen as well as Libya and the central Sahel. 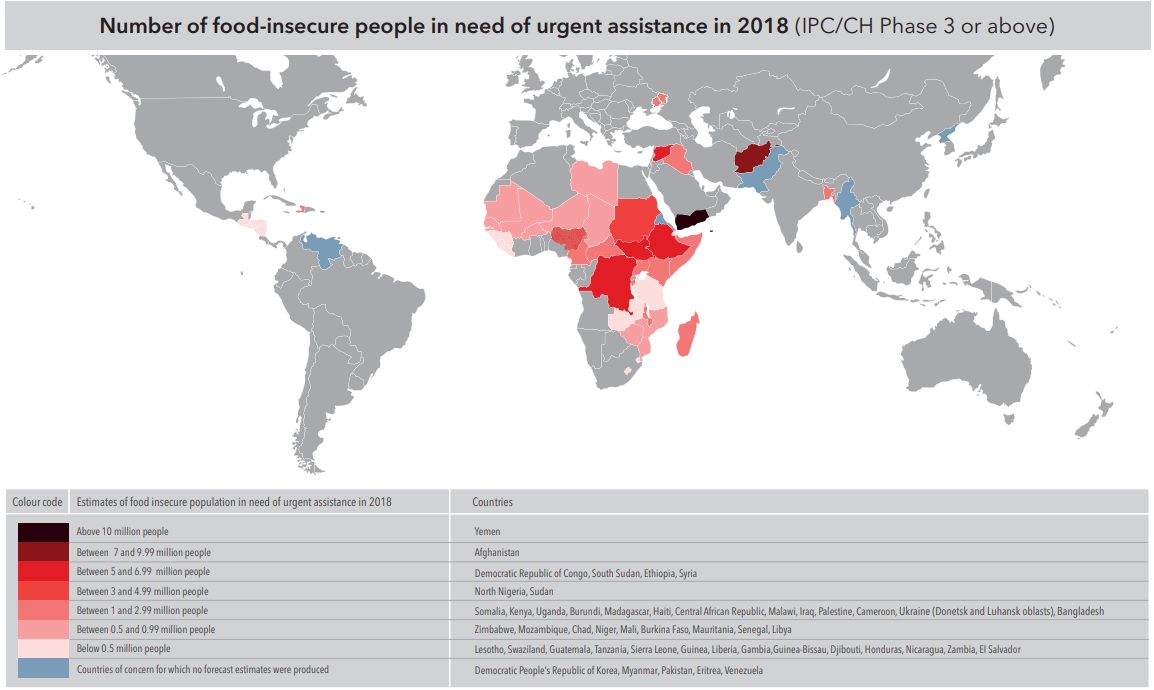 Yemen is expected to remain the largest food crisis due to restricted access, economic collapse and outbreaks of disease.

However, the report also highlights a positive forecast for southern Africa due to a bumper cereal production in 2017 and falling food prices.

The report emphasises that without global peace and livelihood restoration there will be no significant improvements in food security. Until this has been achieved food security, nutrition and livelihoods-based interventions are crucial to saving lives and building resilience.

If you’d like to stay informed on the latest updates in aid and development, please sign up for the AIDF newsletter.